Columbus Day and Feminism what do they have in common

Columbus Day and Feminism what do they have in common 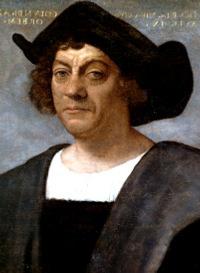 The Niña, the Pinta the Santa Maria. Sound familiar? What about, “in 1492, Columbus sailed the ocean blue”? I’m sure that rings a bell for you. These are the things we are taught in elementary school about Christopher Columbus. As children, we spent time coloring in outlines of his famous three ships and learning about the fearless explorer’s adventure to the New World.

We love him so much, we dedicate a whole day to him. But schools tend to “forget” to mention how cruel Christopher Columbus really was. In an effort to save face, the American educational system doesn’t discuss the mass slaughtering that took place because of the European’s settlement to the Americas. Nor does it explain why, exactly, descendants of the indigenous population are herded onto reservations that have high depression and suicide rates. And while I do believe it might be a little too gruesome to be teaching to elementary children, don’t you think it’s important to at least mention it in the middle school or high school class curriculum?

Now, what does this have to do with feminism?

Feminism is also a topic that is “forgotten” in school curriculums. Like omitting crucial information about Columbus’ maiden voyage, the American school system doesn’t discuss feminism, let alone explain what it actually is. It doesn’t even go into any depth about the women’s movement. Sure, we learn about Roe v. Wade and Women’s Suffrage, but that pretty much sums up all I ever learned in secondary school about women’s rights. I don’t remember ever learning about feminism until I went to college.

Education on feminism is crucial to its future. Perhaps if more people had known what it actually meant to be a feminist – an individual who believes in the absolute equality between a man and a woman – then more would be willing to fight for what it stands for. If we just introduced the topic to our country’s young minds sooner, then perhaps feminism wouldn’t be considered such an abstract, radical notion.