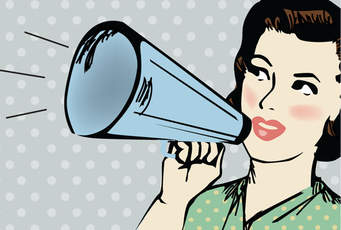 When originally prompted to work on a piece around “electoral feminism,” I thought surely I was just out of the lingo loop and that I must know what the phrase meant…I mean it’s right there, those two words are self-explanatory, right? But of the 4,050,000 Google search results that take 0.32 seconds to populate when looking for the term “electoral feminism” not a single link on the entire first page finds this exact phrase. Instead, the highlights include electoral and feminist geography, misunderstood feminists in presidential elections, and gender, feminism and electoral behavior.

What’s not found is a clear, concise definition, or any definition, for that matter. But why not? Isn’t the time now? And aren’t we going to grab them by the midterms? Surely that’s electoral feminism, right?

I then turned to the women I most trust when it comes to politics, my recently graduated cohort of the Master of Public Affairs (MPA) program at Brown University and the Assistant Director of the program, Dr. Carrie Nordlund.

One of the first responses I got from fellow alumna, Alex Barba, was reassuringly a confession of not knowing exactly what electoral feminism is. Alas, I am not alone. And neither are you.

Thankfully, a few solicited feminists did dare blaze their own path and put words to this elusive yet viscerally understood word pairing.

Morgan Peterson, another fellow alumna, succinctly and eloquently captures and hard-to-disagree-with definition in which, “electoral feminism is the active incorporation of feminists interests and issues into a voter’s decision making and the associated discussions of political candidates.”

Dr. Norlund beautifully adds a visual element, and a sense of movement and magnitude to her personal interpretation, “To my mind, [electoral feminism] is expressing your political preferences at the ballot box. Most importantly, not only for the big elections -- presidential and midterm -- but up and down the ballot to the city council to the school board. Every seat counts and creates a crucial pipeline for women to move up the political ladder to different offices.”

When further asked how might electoral feminism make a tangible presence come November 6th, 2018, Dr. Nordlund reminds us that though African American women have “shown up big time,” women ages 18-35 don’t- for a myriad of reasons- vote. And “[we] need individuals to show up and voice their preference, no matter what their opinion is.”

Morgan adds that in this particular upcoming midterm election “electoral feminism” may take the form of encouraged discussion around feminist issues and “decrease[d] support for candidates who are vocally against feminist issues.”

In the end, as diverse as we are women and as feminists, and however varied our guiding principles, interpretations, and familiarity with political jargon, such as electoral feminism, the opportunity, right, and duty to vote is ours. Let’s show up!

About Krystal Sarcone: Krystal is a volunteer with the Women’s Fund of Rhode Island. She holds two master's degrees in Public Health and Public Affairs both from Brown University. She has a myriad of diverse aptitudes and experience in international and domestic health care, policy and nonprofit management but has a particular passion for accessibility and advocating for equity, justice, inclusion, and celebration of marginalized persons.