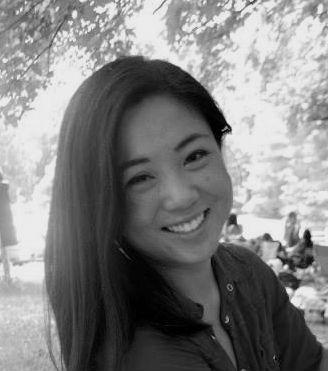 "Nine Women Appointed as Supreme Court Justices" is a pseudo-headline that would elicit outrage across the nation. People would protest the unequal gender representation on the jury, and news anchors would dramatically announce, “This is a development that could radically change the way we interpret the Constitution.” I think it says a lot about us as a society that we can sit with the fact that all Supreme Court Justices were men for 239 years, and yet the thought of having all-female representation is ludicrous.

I believe that we still put up with gender (and other types of) oppression because patriarchal social norms are so ingrained, they become imperceptible or mistaken as “natural.” However, it is important to recognize and eliminate oppressive norms if we want to move forward as a just society.

It can be extremely challenging at first to recognize and deal with the fact that manifestations of injustice are all around us, and affect our lives in all aspects: within career advancement, career selection, classroom participation, insecurities with body image, or the inability to feel safe walking alone, just to name a few. When I first came into consciousness of how pervasive sexism is in our society, I was what some would call a “feminist killjoy,” and it was difficult to enjoy anything in all forms of media. Since then, the shock has worn off, but I would not necessarily say the same of my dissatisfaction.

I grew up in Rhode Island, and after four years in higher education, have returned to take on the goliath task of trying to make sense of my degree. As a newly aspiring young professional, one of the things that I’m starting to think more about is the role of women in the workplace. Specifically, I’m looking to find role models, mentors, and leaders who can help me navigate my own career path.

I’m not surprised that when I tell people I’m looking for jobs, one of the first things people ask me is, “Why are you looking here in Rhode Island? Why aren’t you in NYC or Boston?” We are all familiar with how poorly our state ranks in terms of unemployment and economic growth. However, the fact that our poor stats are recognized at all levels--by citizens, political leaders, business owners, and onlookers throughout the nation--means that we can also expect a strong collective push to get Rhode Island back on track. Considering the opportunities for growth, I can’t help but feel optimism for what is to come.

According to a recent survey conducted by the Women’s Fund, Rhode Island is overwhelmingly ready to support gender equality. As a state that is ready to see economic growth and an end to gender inequality, it makes sense that we should also be ready to encourage women to take on positions of leadership whether it be in politics, science, business or technology. It is important that we strive to cultivate a generation of female leaders and role models who can change the way we perceive women and women’s roles in society.

In the spirit of celebration, you can expect my blog posts to feature women who inspire us and challenge the status quo not just in the workplace, but also in television, film, media, fashion, and in our local community.