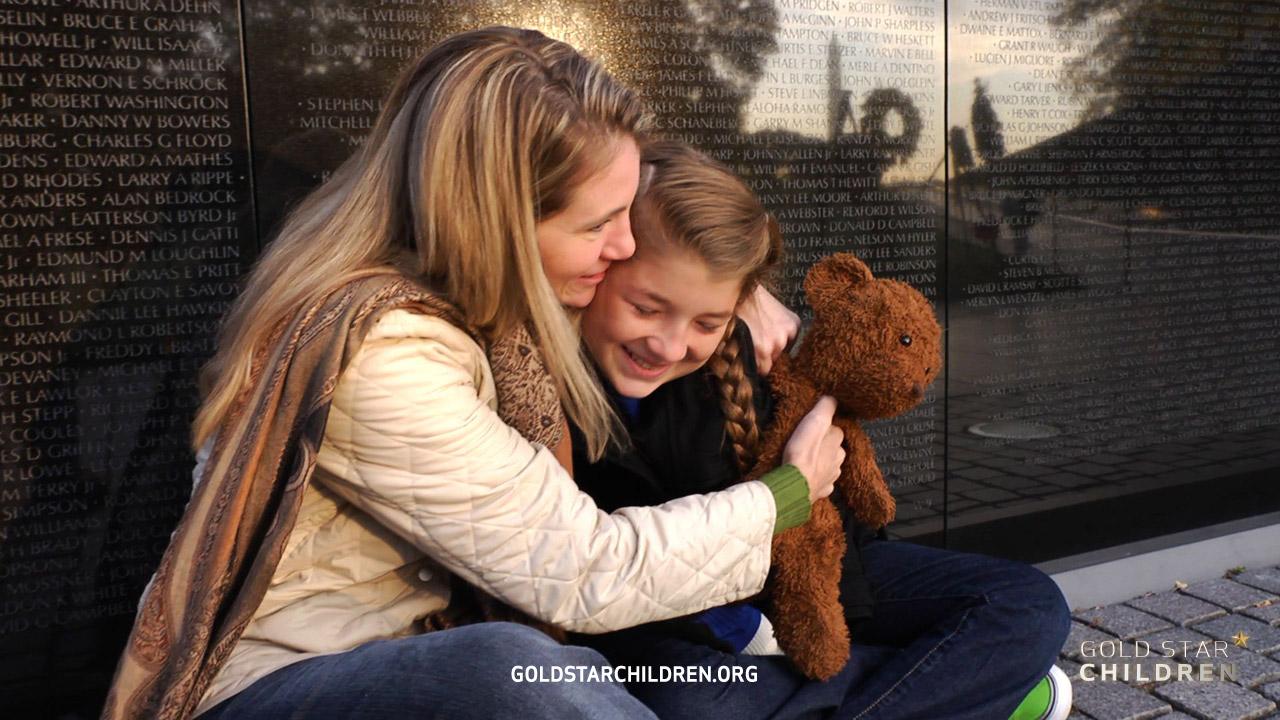 What happens after that dreaded knock on the door? A new film by Rhode Island independent film maker, Mitty Griffis Mirrer, brings us into the world of the thousands of American children whose lives are forever changed after their family receives word that a parent has been killed in combat or died while on active duty service. What happens after? The subject of Mrs. Mirrer's new documentary is this world of the Gold Star children, as they are now referred to, and their oyster-like adaptations to a childhood forever marked by a very clear before and after.

Mitty Griffis Mirrer's one hour documentary, Gold Star Children, offers a compassionate, if heartbreaking, glimpse into the unique challenges the children of our slain servicemen endure day after day with astounding strength. Now that November has moved on past our annual pause to commemorate Veteran's Day, this seems like a particularly fitting time to talk about Mitty Mirrer's new film and her mission to raise awareness about "what happens after?"

Surprisingly for me at first, Mitty's take-away message is an optimistic one about resiliency and the remarkable progress that has been made since the 1960s in the kinds and qualities of support services offered to surviving children, the war widows, and their families. But there is more to be done in terms of awareness. Mrs. Mirrer set up a nonprofit (RI 501c3) organization to help get her film made, and would like to find funding to broaden distribution of the film and also to build a curriculum around the film for use in schools and within the military. (www.goldstarchildren.org)

What is the backstory to this sense of passionate mission? Yes, it's personal. That proverbial knock on the door is not an abstract concept to Mitty Mirrer. She is among the estimated 20,000 Americans who had a young parent killed in action in the Vietnam War. It was a very different time than now though, and the film makes clear that these children of the 1960s (and their families) were often left to deal with this loss on their own and with almost no outside support. (One daughter in the film remembers people spitting on her grief stricken mother.) In her own life, Mitty never met another person who could relate to her experience until she was in her late twenties. The crushing burden of this lonely-childhood sense of being a person apart is repeated by every one of the Vietnam War era sons and daughters featured in the film - all of whom are now adults.

Much has changed since then in terms of family support. From the film we learn about remarkable individuals like Bonnie Carroll who stepped up to found and lead TAPS - Tragedy Assistance Program for Survivors. Within the military leadership, the film includes General George Casey's remark that not so long ago the Army offered nothing other than casualty support. In contrast, because of General Casey's efforts, today there are 175 Survivor Outreach Services at Army garrisons supporting the surviving families.

The film’s cross generational scenes mostly clearly reveal the impact of these newer social supports. The older Vietnam War era adult-age women are shown mentoring the young TAPS children, who are hauntingly raw in their diffuse sense of irreparable loss. And yet, the younger children are facing their loss with more support and a better tool kit than these older women ever found or were offered. One remarkable young Gold Star child in the film is named Cierra Becker, and she beautifully highlights the hopeful outcome of these social supports. This young girl's ability to work through her grief and articulate her feelings is empowered by the validation and mentoring she has been offered by so many people, from her strong mother to the many outreach programs. All are helping her build resiliency.

Overall, the film highlights the remarkable gift one generation of women can offer another. At one point in my interview with the filmmaker I asked if anyone ever used the phrase "collateral damage" when talking about these innocent childrens' lives pulled apart. Mitty Griffis Mirrer immediately shot back: "Never!"

Why? Because, she said, first of all the kids are not damaged. Rather, this is a story about resiliency and empowerment and how a community support network can turn around a tragic event and build future leaders. Gold Star Children is a piece of that support network, building the awareness of another place where we can all practice that axiom, it takes a village to raise a child.

Gold Star Children is available on iTunes, Amazon and through the film's website.