You Matter Women and the Midterm Elections

You Matter Women and the Midterm Elections 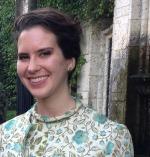 I identify as a political person who has, until recently, been checked out of mainstream politics. Keeping up with the two-party political theater whose tickets are sold primarily to Koch & Friends overwhelmed me.

On a recent trip to the Democratic National Committee’s Women’s Leadership Forum Conference, however, I woke up. The upcoming midterm elections will directly impact the lives of women voters and candidates (including Rhode Island’s would-be first woman governor), and women will dictate their outcomes. Here are a few races across the country with strong women candidates you should pay attention to.

Wendy Davis (D-Texas) - Wendy Davis infamously sported pink sneakers in the filibuster seen round the world. The state senator has been no less tenacious in her pursuit against state Attorney General Greg Abbott for governor in a state that hasn't elected a woman to the position since 1990.

Nina Turner (D-Ohio) - If she wins the race for secretary of state against incumbent Jon Husted, state Sen. Nina Turner would be the first black Democrat elected to statewide office in Ohio.

Monica Wehby (R-Ore.) - Oregon hasn’t elected a Republican in a statewide race in more than a decade, but Monica Wehby, a pediatric neurosurgeon battling incumbent Sen. Jeff Merkley, hopes to change that.

Lucy Flores (D-Nev.) - Lucy Flores, a state representative, spent time in a gang and then in juvenile detention, and later graduated from UCLA and became an attorney. If she beats her opponent in the race for lieutenant governor, and the state’s current governor runs for Senate in 2016, Flores could become Nevada’s first woman governor since the 1990s.

There are many more women candidates hoping to make change and history, from Staci Appel (D) in Iowa to Shelley Moore Capito (R) and Natalie Tennant (D) in West Virginia. No matter who you choose, make sure you vote. You can find Rhode Island’s and other states’ voter registration information, key dates, and other information here.

Molly Savard is a writer and asks more questions than is socially acceptable. She studied journalism at Boston University, where she supplemented formal learning with an experiential education in social justice and radical politics at the Center for Gender, Sexuality, and Activism. She spends most time thinking about gender and the lives and rights (or lack thereof) of women, queer and trans* folks, and the myriad other communities that experience systemic oppression. She writes for a revolution.

Contents of this blog constitute the opinion of the author, and the author alone; they do not represent the views and opinions of Women' s Fund of Rhode Island.